Books and other media about Birgu

A walled maritime city in Malta

When one considers its relatively small size, several books have been written about Birgu, and it is possible to learn something new from each of them, though not all are equally well written.

This page is an overview of some of the salient books and other media ( e.g. CD and DVD ) about Birgu (Vittoriosa), the oldest of the 'Three Cities' opposite Valletta in Malta's Grand Harbour. In some instances this web page also provides links to further information about the books or media.


Wow! This is the 'magnum opus' as regards Birgu. It is a scholarly work in all respects and consists of two volumes. The first deals with 'Historical Perspectives' while the second addresses 'Artistic, Architectural and Ecclesiastical Aspects '.  It has been written by twenty authors of distinction in their respective fields (including one who has been dead for more than four  centuries!). It will probably remain the standard 'text' on the subject of Birgu for several years.

It details the history of Birgu from prehistoric times to the present, synthesising the evidence in an academic manner. It by no means limits itself to the time of the Knights' Hospitallers or to the 'second siege' during World War II (important though they were).  Architecture (military, ecclesiastic and otherwise) is comprehensively discussed.  Social and demographic aspects are an important part of the book and include demography, medical life, tradition and folklore as far as it is possible for these to be specific to Birgu. While the book  deals in great detail with the 'conventional' aspects of Birgu's history i.e. the military history and its links with the fortunes of the Knights' Hospitallers, this is not at the expense of a much more broadly based and scholarly critical outlook. Thus it presents and discusses concepts, which are often neglected elsewhere, such as Birgu being  the 'Birthplace of Malta's Technological Society'.  It finishes with a vision of what the future holds (or should). The full contents can be found by clicking here.

This book is excellent value for money, and if I were allowed to retain only one book about Birgu amongst my library of 'Melitensia', there is no question that this would be it.  However, for many readers it will be far too detailed and they may wish to buy a less expensive book such as the ones which follow:

This is a small but well written 171 page book (Welcome travel guide). It deals with all 'Three Cities' including Senglea (Isla / 'Citta Invicta') and Bormla ('Cospicua') but as the front cover shows - Vittoriosa is given prominence amongst them.

It gives an excellent and well written account of Birgu's famous buildings, fortifications, and other features including churches, museums and palaces - set in a historical context. The book is supplemented by a sturdy street plan of Birgu in the folding inside back cover, and the colour illustrations include watercolours by Cecily Napier.

The colourful front cover (shown alongside) depicts Grandmaster Jean de Vallette,  on the 29th July 1565 during the second major bombardment and assault on the Post of Castille, leading the defenders of Birgu while it was being attacked by the besieging Ottomans during the Great Siege.

There is a great deal to learn from this 271 page book, published in 2003 and dealing exclusively with Birgu. It is extensively illustrated to a significant degree by photographs taken by its author. The book is packed full of information - some of it not found elsewhere, and ranging from locations of air raid shelters, religious statues and niches to popular stories about ghosts and their sightings in Birgu. The book also contains a chapter on prominent personalities born in Birgu, including (on pages 61-62) an account of an ancestral relative of the author of this web page.

The late author of this book  had clearly made it his mission to know Birgu inside out and had written about Birgu elsewhere - such as in specialised publications on religious topics entitled:

Mr Gauci wrote in an informal manner, often translated from the vernacular, and had also made a substantial popular contribution by way of the historical section of Birgu Local Council's website.

Vittoriosa. An Ancient City of Culture

Like the other book with the same title, also briefly reviewed on this page, this book contends with all 'Three Cities' and not just with Vittoriosa.  However Vittoriosa (Birgu) rightly enjoys the largest of the three sections. It is a 'hardback' in its own box. The book is well endowed with excellent photographs. Indeed it is really a collection of images supported by text, rather than the other way round. However the text should not be dismissed - as it is well worth reading with 'personal touches' that are generally missing in the other books.

The photographs are outstanding and cover a variety of  aspects of the Three Cities: - architecture, people, industry, socio-cultural traditions and so on.

Vittoriosa. A brief historical guide to the city of Birgu.
Lorenzo Zahra

This 30 page booklet was  commissioned by the ‘Vittoriosa Historical and Cultural Society'.

It mainly provides an outline of the historical buildings in Vittoriosa, supplemented by a street plan, and set within a brief historical context. Its third edition was published in 2004.

As a 'starter' it is an easy read and a concise introduction to the city. Mr Zahra is a widely acknowledged authority on the subject of Birgu and its history, and had co-founded the Vittoriosa Historical and Cultural Society'.

It is very easy to walk around Birgu, as it is not a large city.

Moreover even on a very hot sunny day, the narrow windy streets provide plenty of shade.

In turn the four walks deal with:

This booklet is packed with corresponding historical detail, and is to be recommended as a way of getting to know and 'feel' Birgu.

This CD is worth purchasing especially for those minded to use 'interactive media' rather than reading books. It covers various aspects of Birgu such as history, architecture, notable museums and other places of interest. In many ways it complements the smaller books about Birgu.

The CD uses interactive features such as maps, 'virtual tours' of important buildings or fortifications such as Fort St Angelo and the Church of St Lawrence. It even has a few simple games which might appeal to children. The CD has a few minor errors which should be remedied in any future editions. For example in the interactive map the marker for the armoury is mistakenly placed on St James' cavalier while that of the Post of Castille has been placed too far along the fortifications such that it is placed on the post of Germany.

You can listen to a sample of this MP3 collection produced by Cultel in conjunction with Birgu Local Council. It is accompanied by a paper copy (in pdf format if downloaded) of a walking route map and photographs of the main attractions highlighted along the way.

It is intended to act as a guide to tourists visiting Birgu, along a recommended route, and is available to rent or purchase. Allowance of about one hour and a half has to be made before starting. It would also be well worth one's while to plan the route and chosen staring point, and to familiarise oneself with the MP3 controls before setting off.

Passiġġata l-Birgu is quite different from the usual tourist audio guides (such as the one above). It does not describe the 'sights' of Birgu (as the previous audio guide does). Instead it consists of a  walk around Birgu stopping at various junctures for short accounts in the vernacular (Malti)  given by people who lived(d) there or who worked there.

It provides a very interesting oral sociological narrative mainly of  'the way things were'.

At first one might be put off by the length of it (an hour and eight minutes), and  by the sound of footsteps as well as 'huffing and puffing' - but it is so enthralling that it is difficult to stop once one has started.

Accounts are given by people as varied as former schoolchildren, a barber, the baker, and even the parish church sacristan. The sounds of Birgu ranging from bands to the general hubbub are also in evidence.

If the listener knows Birgu, it is not essential to walk through the tour. It can be enjoyed simply by listening carefully and orientating oneself using the hand drawn pdf maps.

Books about specific aspects of Birgu:


Accounts  about Birgu feature elsewhere, especially as sections or chapters in books. However the overview on this web page has been limited to the salient works that deal exclusively with Birgu or  where it is the principal account in an account of The Three Cities.

Thus, amongst other texts,  there are also booklets about specific buildings or historical features in Birgu, such as the Birgu Galley Arsenal by Joseph Muscat, published by PIN (Publikazzjonijiet Indipendenza). This booklet is mainly of historical interest, there being no significant remains of the original galley arsenal that a visitor could easily discern.

However a visit to the Maritime museum (practically on the site of the old arsenal) is highly recommended so as to learn about the galley arsenal. 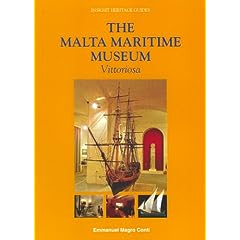 Birgu's museums described on the home page of this website are often supported or complemented by various booklets.

One such booklet is entitled "The Malta Maritime Museum"  by Emmanuel Magro Conti. It is one of the  "Insight Heritage Guides" published by Heritage Books Malta, and details the various collections in that museum in its text, supplemented by illustrations.

This booklet is well worth buying not merely as a 'guide' to go round the museum, but as an important historical resource in its own right. It provides an insight into Malta's maritime history dating back to ancient times.

Magro Conti's book features wide ranging information and illustrations particularly in respect of the 16th - 18th centuries when the 'Knights of Malta' were an important naval power in the central Mediterranean and in the 19th - 20th centuries when Malta was British colony. He is an authority on these subjects and is well placed to describe and discuss them because of his professional and managerial role at the museum.

Various books have been written by Kenneth Gambin about and around the Inquisitor's Palace in Vittoriosa and the Holy Roman Inquisition in Malta. Unsurprisingly there is some overlap in the material that they contain. These include:

Other books relating to Birgu.

- The Ageing Population of Birgu

"EXPLORING MALTA. An Activity Book. BIRGU. Citta Vittoriosa."  has yet to be reviewed by this website.


"The Disorderly Knights" by Dorothy Dunnett. This book is the third in Dunnett's series called the Lymond Chronicles. It is set in 1551 when the knights were facing a Turkish onslaught (15 years before the 'Great Siege'): 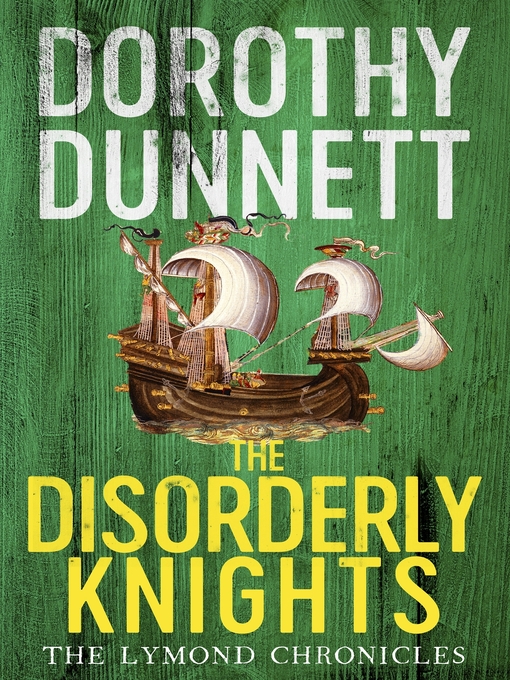